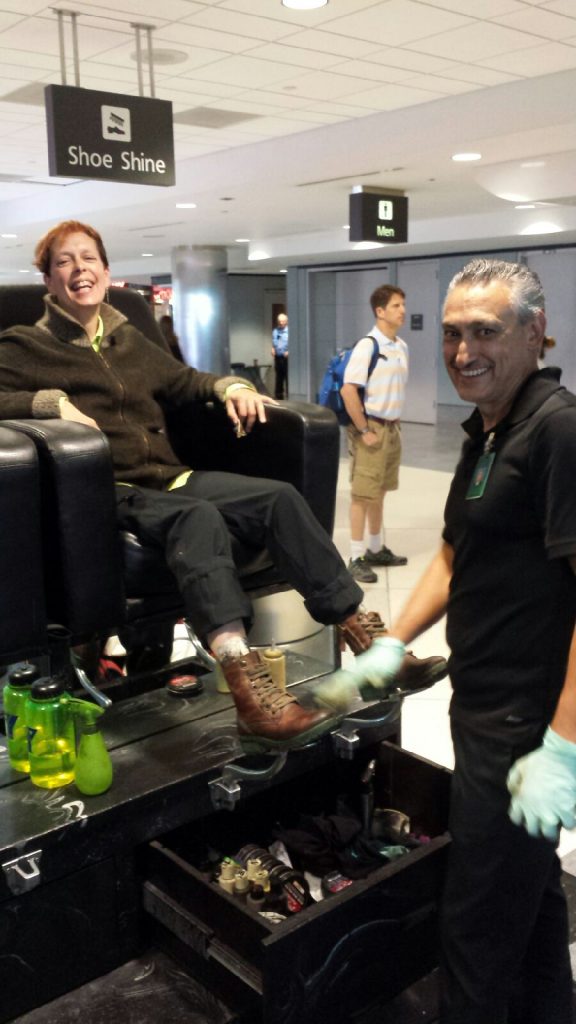 As we deplaned in Denver, little did we know we’d be welcomed by two angels with cream and buffing cloths. We just never know with whom we’ll make soulful connections. Among life’s great self-care efforts is treating the shoes to some much needed maintenance, which connect us to the Earth. Score! Francisco and Jeff took care of not only our boots (coincidentally which we had purchased for each other) but also tended to our hearts. As we regaled them with visions of the upcoming year, they in turn shared with us stories of their families, their struggles, their grandmother, THEIR world. We were honored that they entrusted us. It’s hard to describe the meaningful connection surrounding this seemingly benign act. 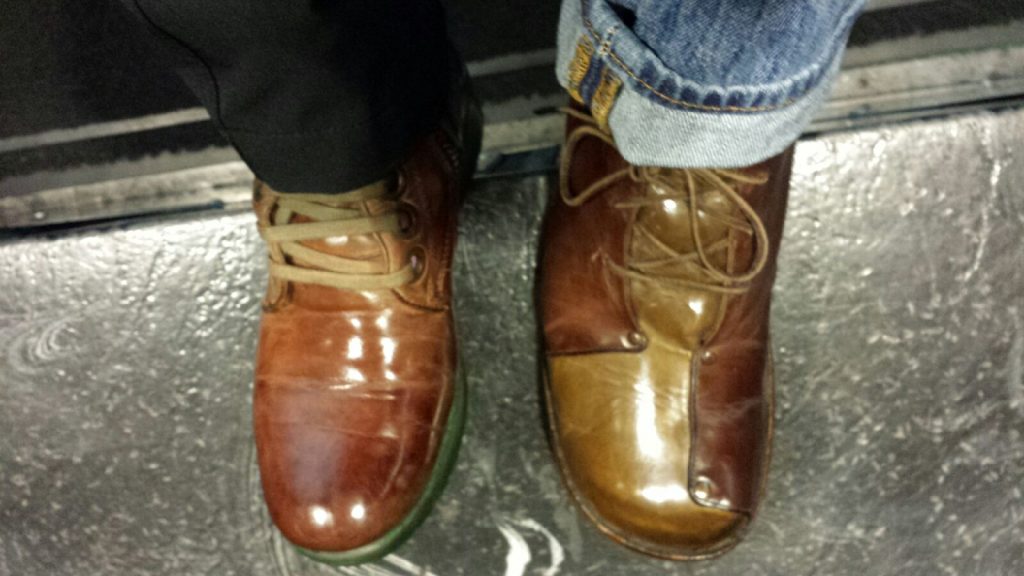 Quite frankly we don’t need any deeper connections than we had with these two wonderful gentlemen. (Interestingly enough, and not so surprisingly, Jeff left the first comments on this site.)

Posted on July 5, 2016 by Dandy under Uncategorized
Leave a comment